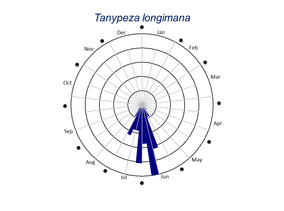 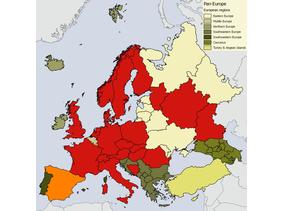 Collin: A black species with a silvery patch on the vertex and each side of the front of the frons. Thorax with notopleural depression silvery, and pleurae with silvery patches. Palpi black, prominent and fiat. Ocellar bristles small; two pairs of front-orbital bristles; only one (outer) pair of vertical bristles. Frons slightly narrower in male than in female, but not with eyes almost touching as stated by Hendel. Four scutellar, no sternopleural, two postalar, and one supra-alar, bristles the anterior supra-alar bristle mentioned by Hendel not present. Wings with upcurved discal vein as in other members of the family. About 6 mm,

Base of tarsomere 1 of hind tarsus very slightly projecting ventrally; male with small stout black setae on hind trochanter and posterior base of hind femur. Postocellar bristles strong, at least half as long as upper orbital seta; one dorsocentral and three orbital setae present (from key, Sumner)

Many detailed figures in Roháček, 1998